Until the Flood | Streaming on AllArts Now

In Until the Flood, Pulitzer Prize finalist and celebrated performer Dael Orlandersmith (Forever) explores the social uprising in Ferguson, Missouri following the shooting of teenager Michael Brown. Pulling from her extensive interviews with Missouri residents, Orlandersmith crafts a stunning theatrical one-act experience that must be seen. The Chicago Tribune called it “palpably compassionate” and raved that it “achieves a great beauty by bringing us together rather than driving us apart.”

“Orlandersmith gives expression to America’s racial stalemate with lyrical flow. Written with as much empathy as outrage…’Until the Flood’ quietly assures that the struggle lives on.”

“A poetic plea for understanding and peace”

“Dazzling… mesmerizing piece of theatre that I consider required viewing!”

This one-woman show is certain to generate conversations about who we’ve been, who we are and who we will become.

Until the Flood is available for streaming on demand now at AllArts.org. It was produced on ACT’s Mainstage in 2018 and at other theatres across the country. The virtual presentation will use video footage from the Rattlestick Playwrights Theatre production.

Additional Resources for Until the Flood

Until the Flood, was originally commissioned and produced by The Repertory Theatre of St Louis, and subsequently produced around the United States and in Ireland, Scotland, and England, with the same performer, director, and creative team.

The following theaters in the United States have joined together to sponsor this recording and make this broadcast possible: 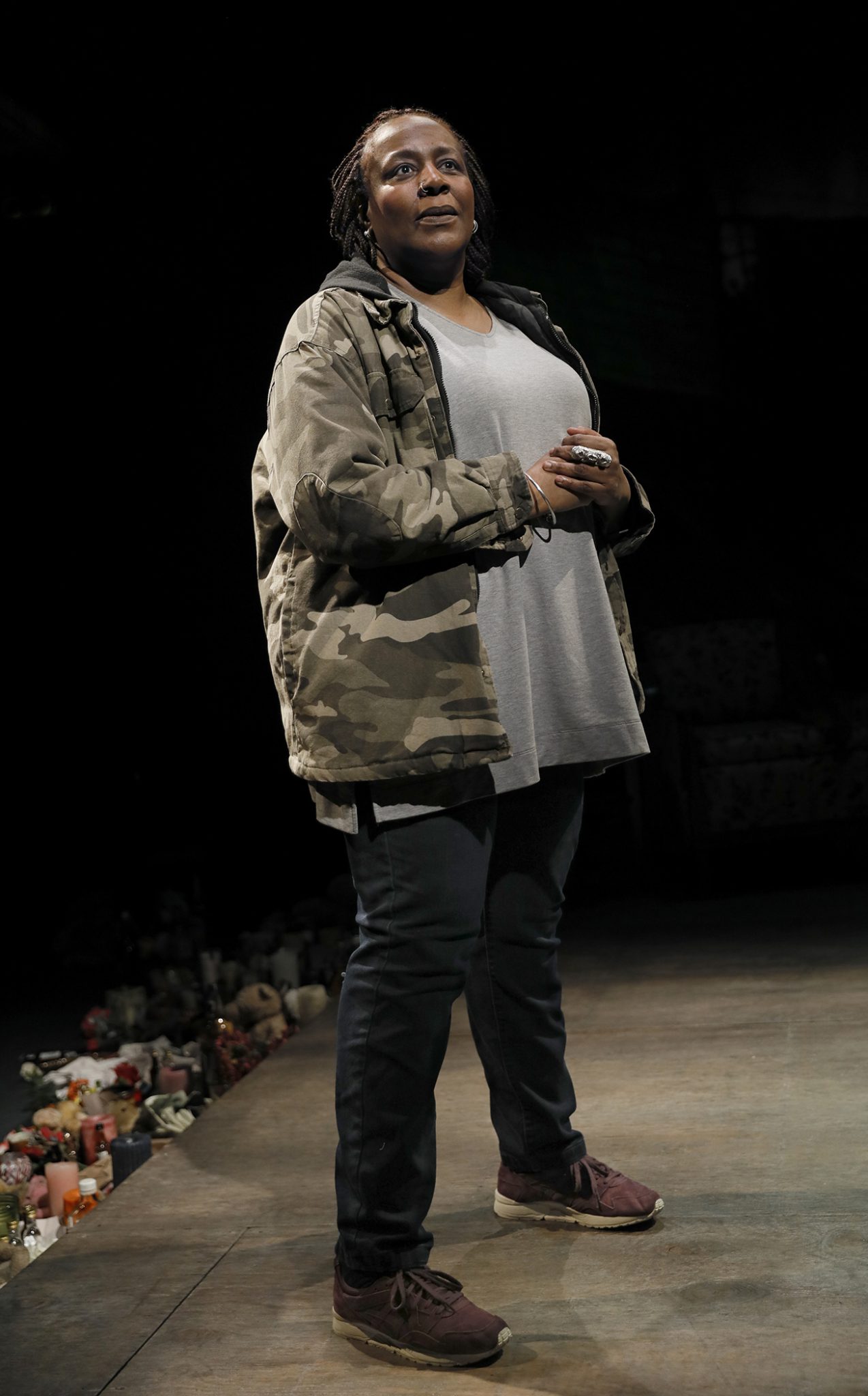