Go behind the scenes of Chilifinger: The Musical! – the brilliant, twisted new musical co-production of ACT Theatre and 5th Avenue Theater set to debut in 2021. Acclaimed Broadway and West End orchestrator/composer Martin Lowe and award-winning Seattle writer Wayne Rawley join ACT Artistic Director John Langs for an inside look at the new musical based on a true story. The trio discuss what it takes to craft a hilarious, subversive, thought provoking yet toe-tapping new musical creation and ready it for the stage. You’ll hear a few exclusive musical clips, too including the play’s anthem I’m all out of F*cks.

Meet the Writer and Composer of Chilifinger: The Musical

Wayne Rawley hails from the great Pacific Northwest. In addition to Chilifinger: The Musical, he’s brought a number of highly-acclaimed and award-winning works to the stage including Live! From the Last Night of my Life (2012 Gregory Award for Outstanding New Play), 1984 (adaptation, Empty Space Theater), Attack of the Killer Murder of Death! (SPT, Theater Schmeater) and Beating Up Bachman (BASH Theater).

His play Christmastown: A Holiday Noir has been performed at Seattle Public Theater for the last 6 holiday seasons. His short plays Controlling Interest and The Scary Question are published by Playscripts, Inc. and performed all over the world. In addition to Chilifinger: The Musical! Wayne is currently working on a new Christmastown adventure for SPT called The Haunting of Bell House. 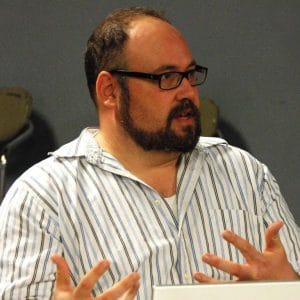 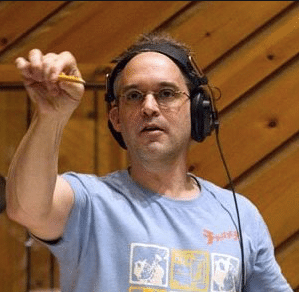 Martin Lowe is an award-winning orchestrator, composer and musical director. His works are mainstays on Broadway and on London’s West End. He has a number of high-profile credits in film and stage including MAMMA MIA! The Film, Sing Street, Harry Potter and the Cursed Child, Parts One and Two, Our Ladies of Perpetual Succour, Once (for which he won Tony, Olivier and Grammy awards), War Horse, Jerry Springer The Opera (Olivier, Evening Standard, Critic’s Circle and Whatsonstage Awards for Best New Musical), The Full Monty (Olivier Award for Best New Musical).

Chilifinger: The Musical will be ACT’s 25th co-production with The Fifth Avenue Theatre. The collaboration began in 2011 with Vanities: A New Musical and has continued almost every season since.

This kind of collaboration is unique in American theatre. The teams in artistic, production, casting, marketing, box office and more work together to bring new musicals to the stage at ACT Theatre.

First Date jetted off to New York in 2012 (will Chilifinger be next?); the special partnership between the two theatres has since yielded many acclaimed musical productions including Little Shop of Horrors, Ride the Cyclone (pictured below), Assassins and Urinetown.